After almost 5 weeks away our Club resumed practice after a great summer break.

Everyone was really excited this first week to be back on the mat and some of us who went to summer school at headquarters in the UK are also excited to practise the new movements we learned during the seminars.

It was also great to see fellow students again who have been become good friends and catch up what we each did over summer.

As the school year begins again and our juniors and youth move onwards to another year of their lives. At the same time we are all a bit sad to say goodbye to our fellow friend and student Abi, as she heads off to University on a new journey. But we look forward to seeing her back again on the mat soon. After all, what better way to spend a Friday night!

So given the time we had all spent apart and Abi heading off to university, what else could we do as a Club but celebrate. So what better way than to have a Club bbq!!

Another year and once more some of our Club members as well members from other countries (United Kingdom, Canada – Ontario and BC, France, Netherlands, Australia, United States) gathered in Mark, Sommerset (England) at the Ki Federation Headquarters for two weeks of Ki Aikido and fun with friends. 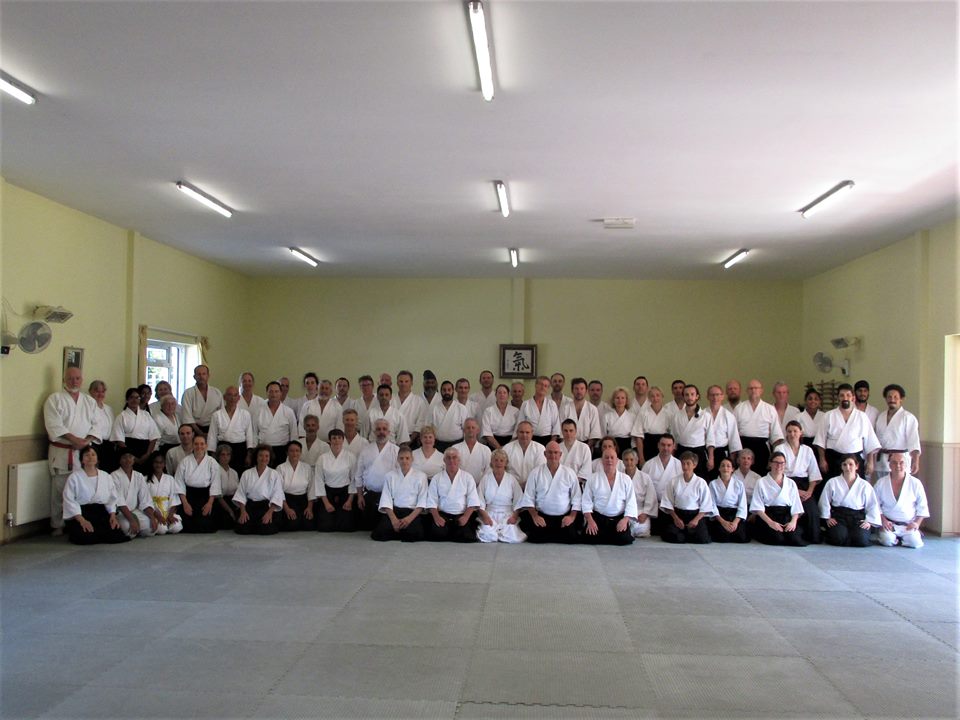 It was a great week of learning. A full set of pictures can be found at the Ki Federation website post here.

Summer school is also a good time to grade, both Kyu and Dan grades are held at the end of the first week. Let’s start to say congratulations to all the students who graded and continue on their journey, this includes our own students:

And so our Summer Break comes to an end. Quick reminder that classes will resume back to their normal schedule Next Wednesday August the 29th.

It has been almost one year since some of our Club members gathered in Mark, Sommerset (England) at the Ki Federation Headquarters for a week long of Ki Aikido and fun with friends. 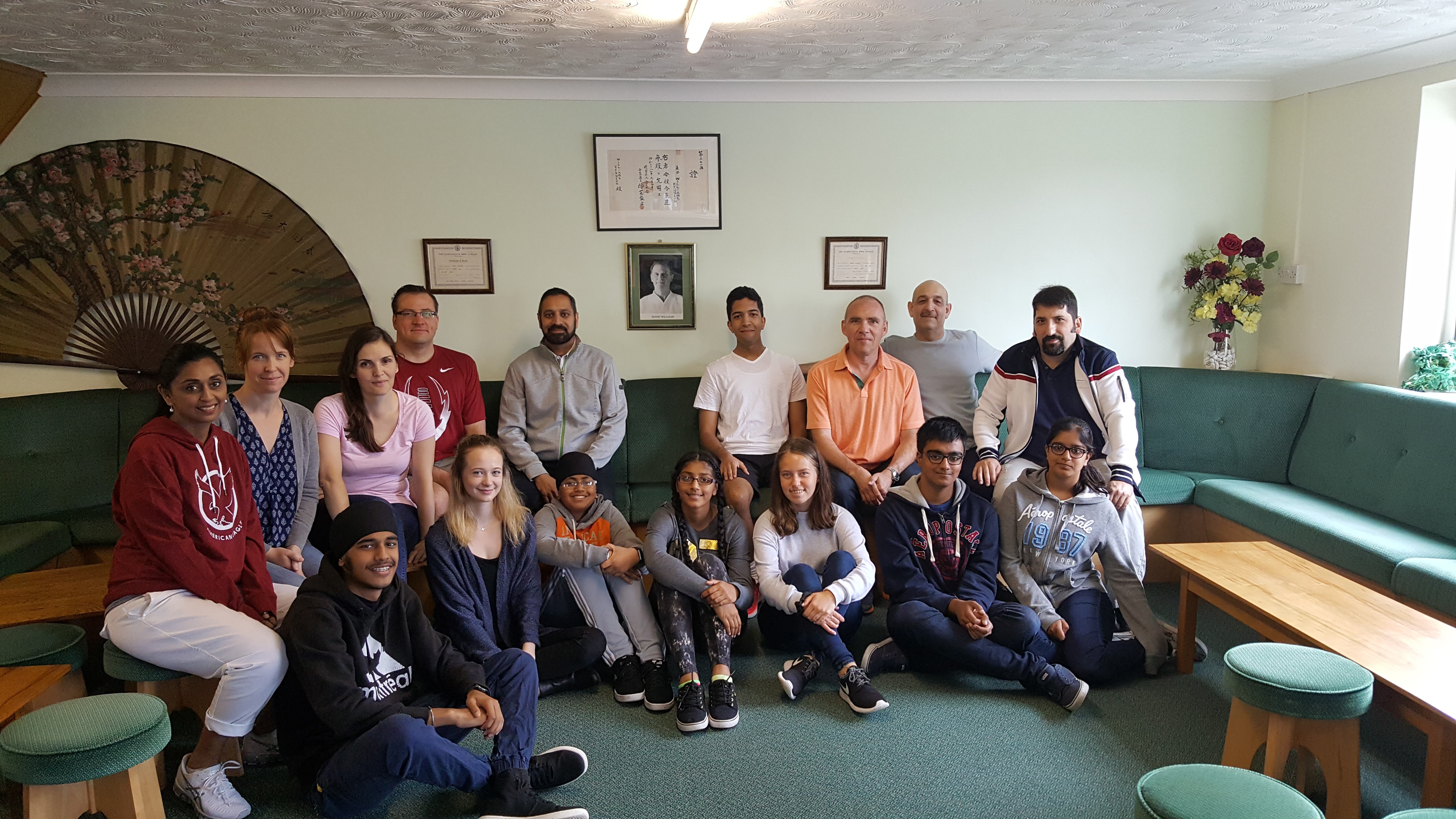 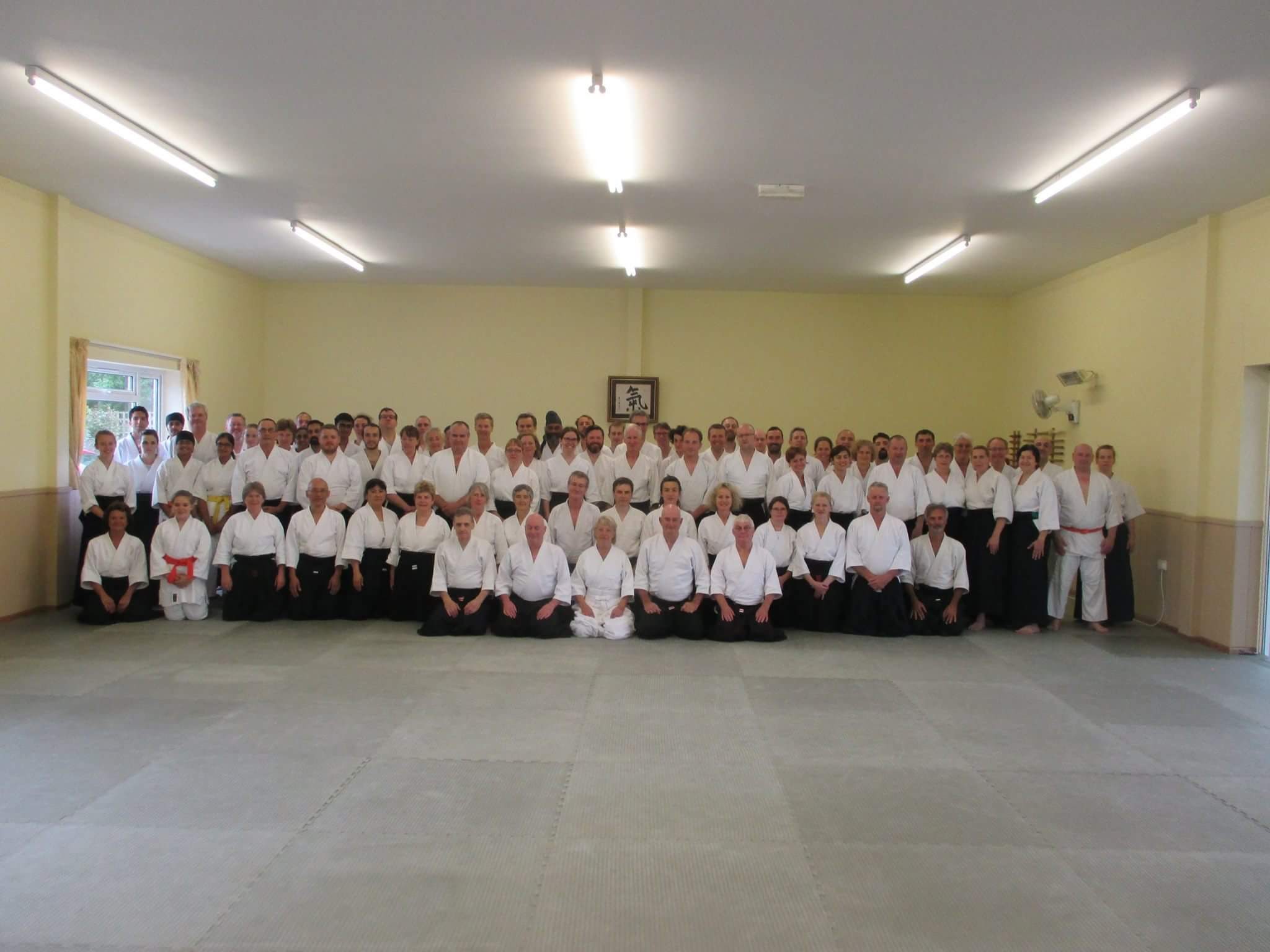 Below are a few words immediately after last years summer-school from some students who flew in from Canada to attend and some words from students one year on. Summer school is an amazing opportunity to further develop your practice and move forward in your life. So if you haven’t been for a while, take some time out for you and move forward in your life a little more or a lot more this summer by attending summer school!

We had a few gradings in the past weeks. Let’s start to say congratulations to all the students who graded and continue on their journey:

We would like to thank all the ukes that made these gradings possible, specially Robert and Abi. 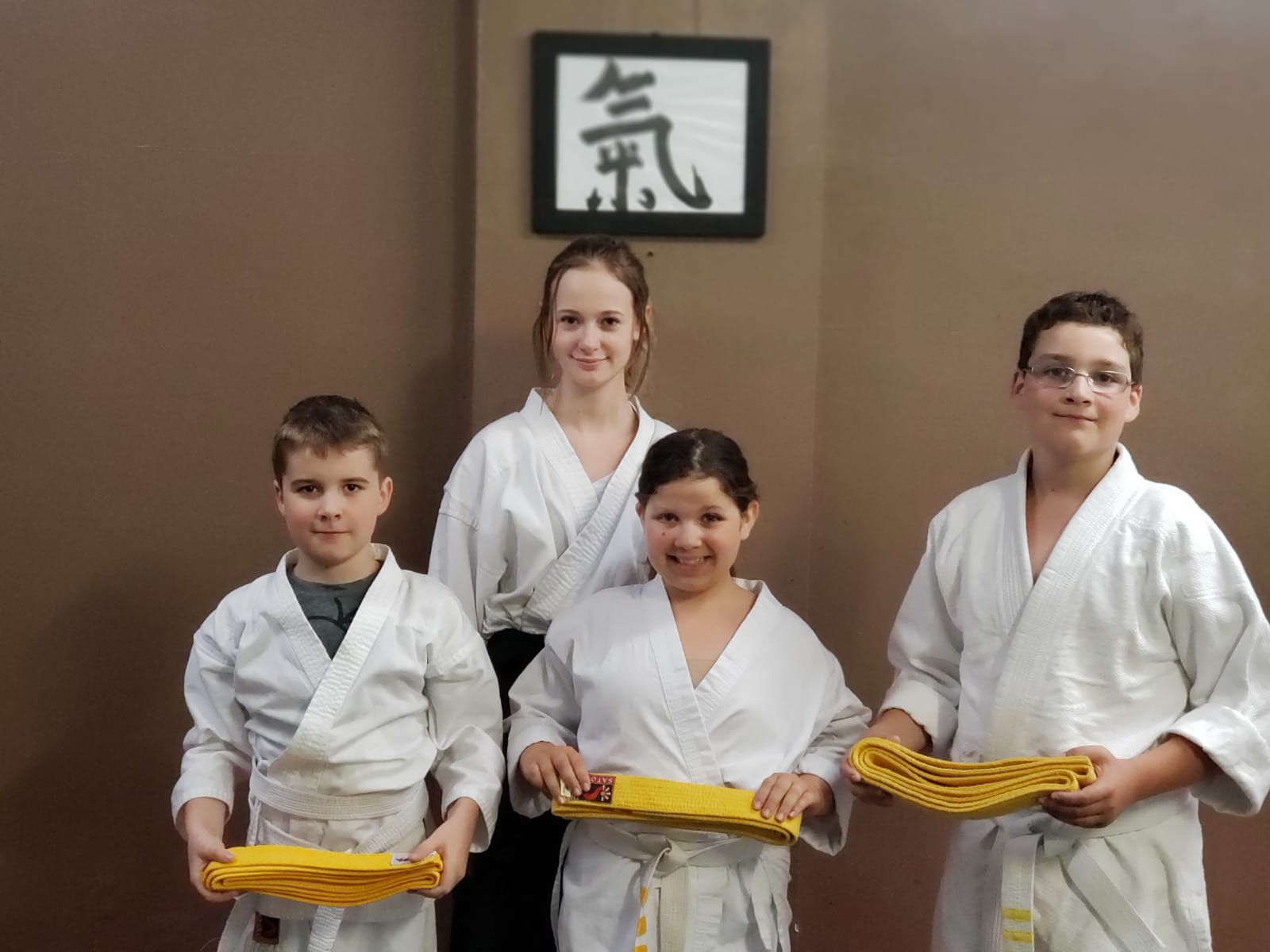 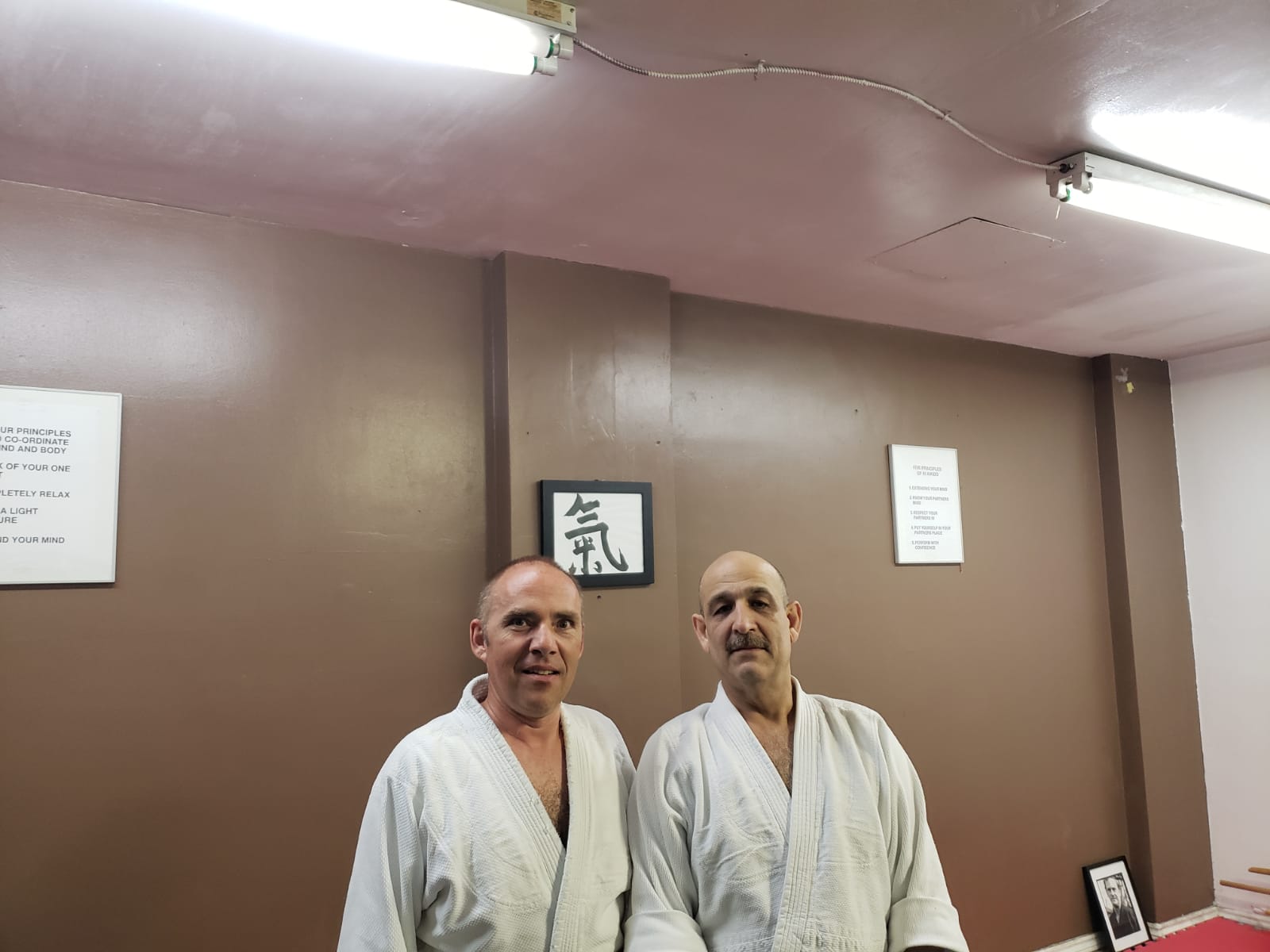 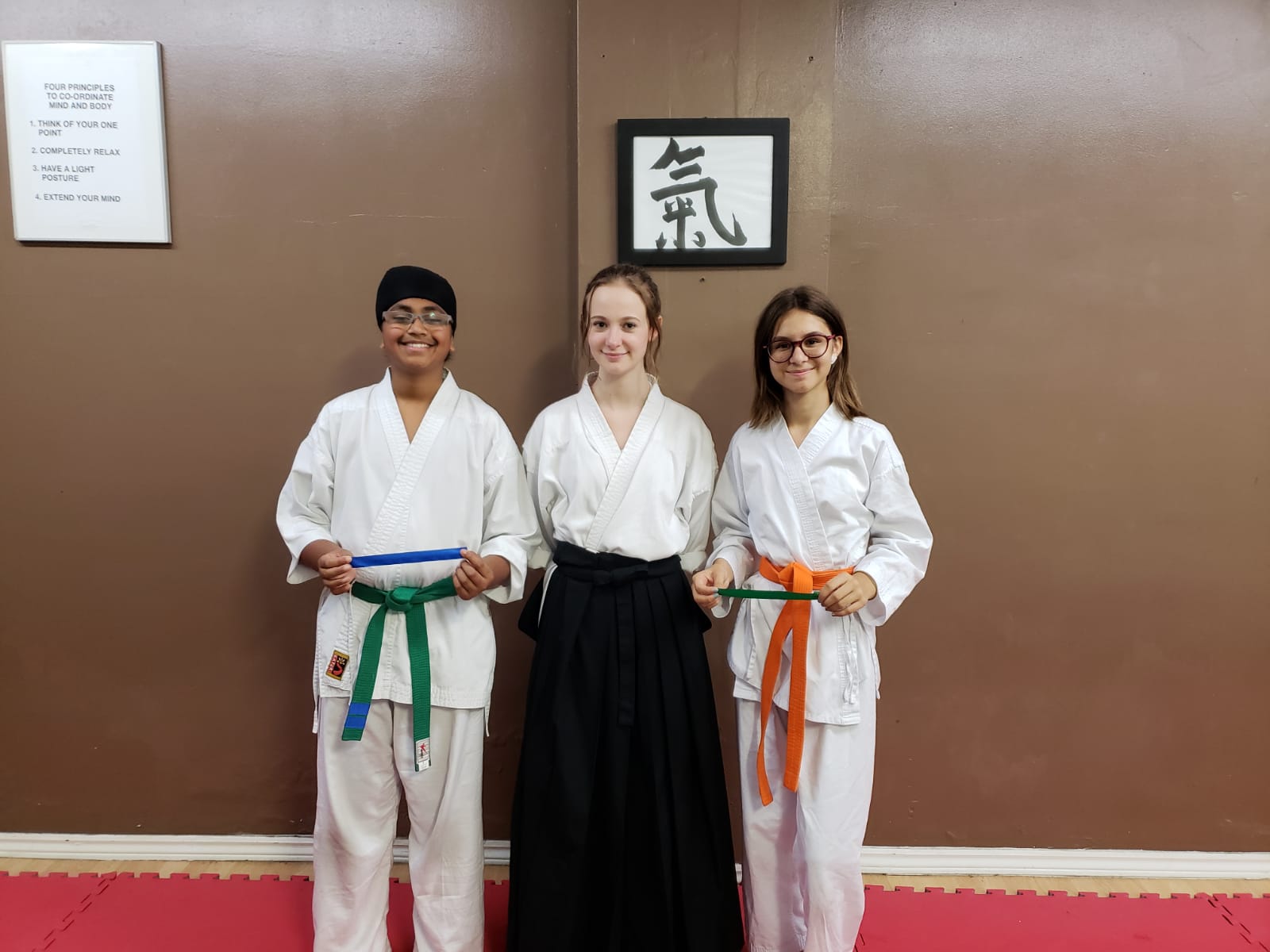 Finally, the Club will be closed for the summer vacations, as once again we descend onto Mark for summer school. We will be back to normal practise hours on August 29.

Until then enjoy the summer and hope to see you all back soon.

We had the enormous pleasure to welcome old friends from the London and Hamilton Clubs (Ontario) as well Kam who joined us from the Kingston Ki Aikido Club in the UK.

It was a great opportunity to learn new things and revisit previously learned items.

We also would like to congratulate Camil from the London Ki Aikido club on passing his 1st Dan Grading. And a great thank you for all the ukes who made this possible.

A great thank you to Sensei Walters and all who came to make this weekend of Ki Aikido learning a success.

Bellow is a gallery of some of the pictures taken during the course.

We had a few gradings in the past weeks. Let’s start to say congratulations to all the Juniors who graded in the end of March.

We had a few challenges finding junior ukes so thank you to Cecilia and Alfredo for stepping in.

Well done to the juniors for staying calm through their grading.

Congratulations to our students in the adult class who graded today and were awarded the following grade:

Regular practice will make you more flexible both in your practice and in your mind so when you deal with situations off the mat you are better equipped to make the right decision.

Congratulations to all the students who graded and to all the Uke’s who assisted. 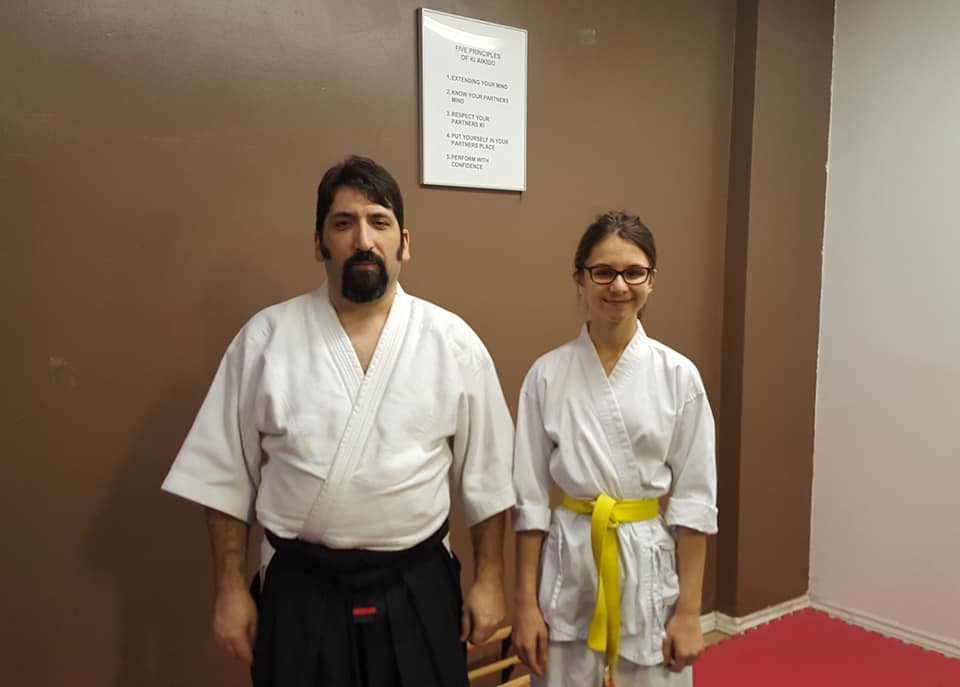 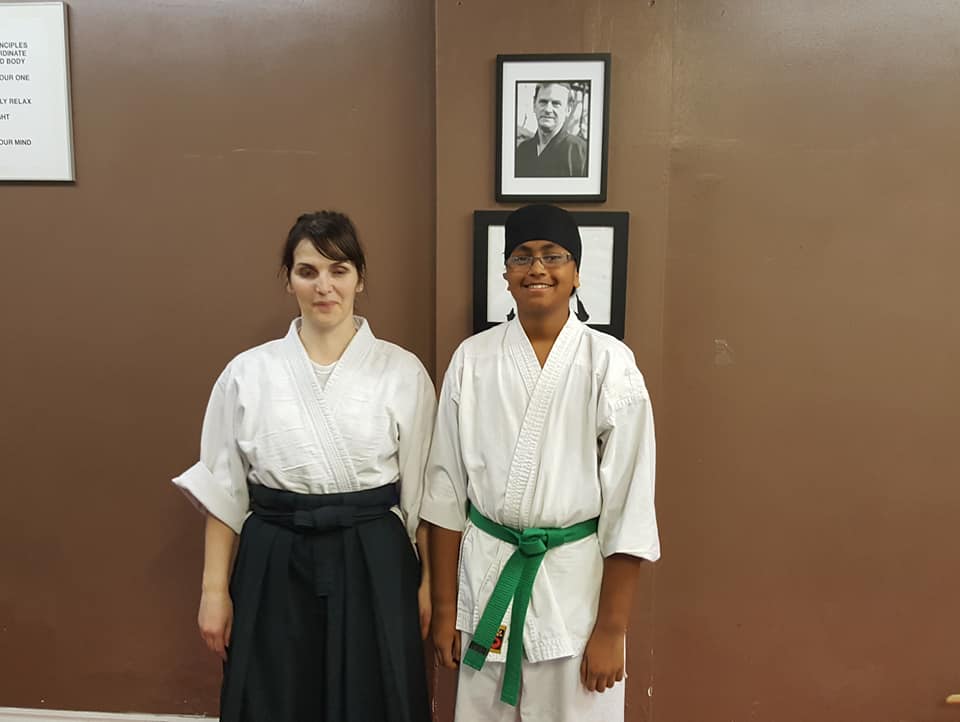 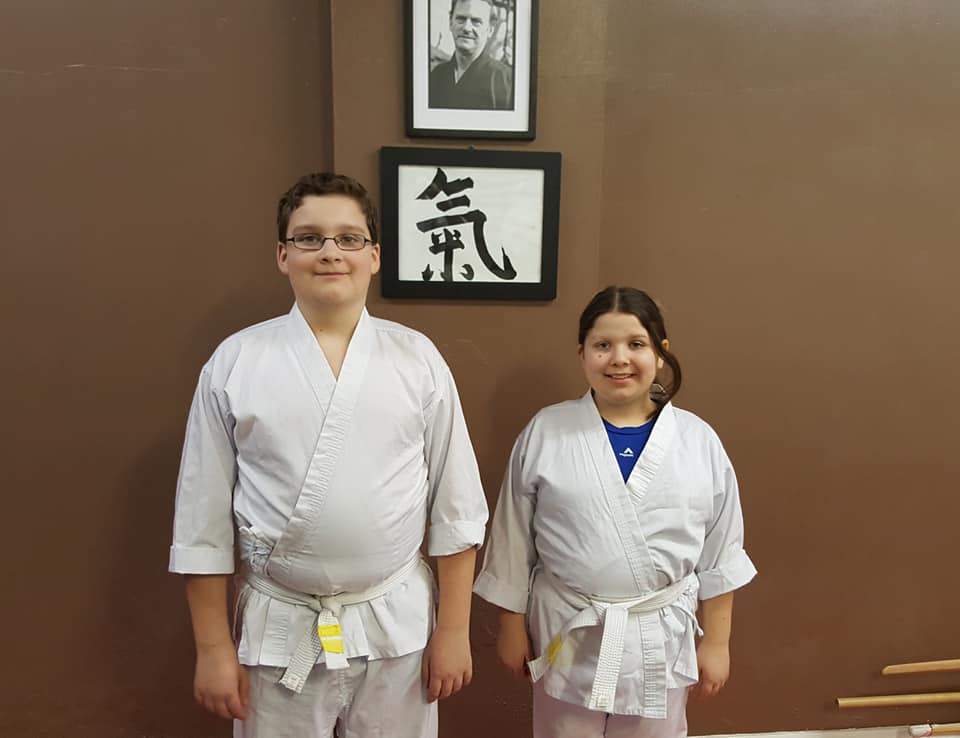 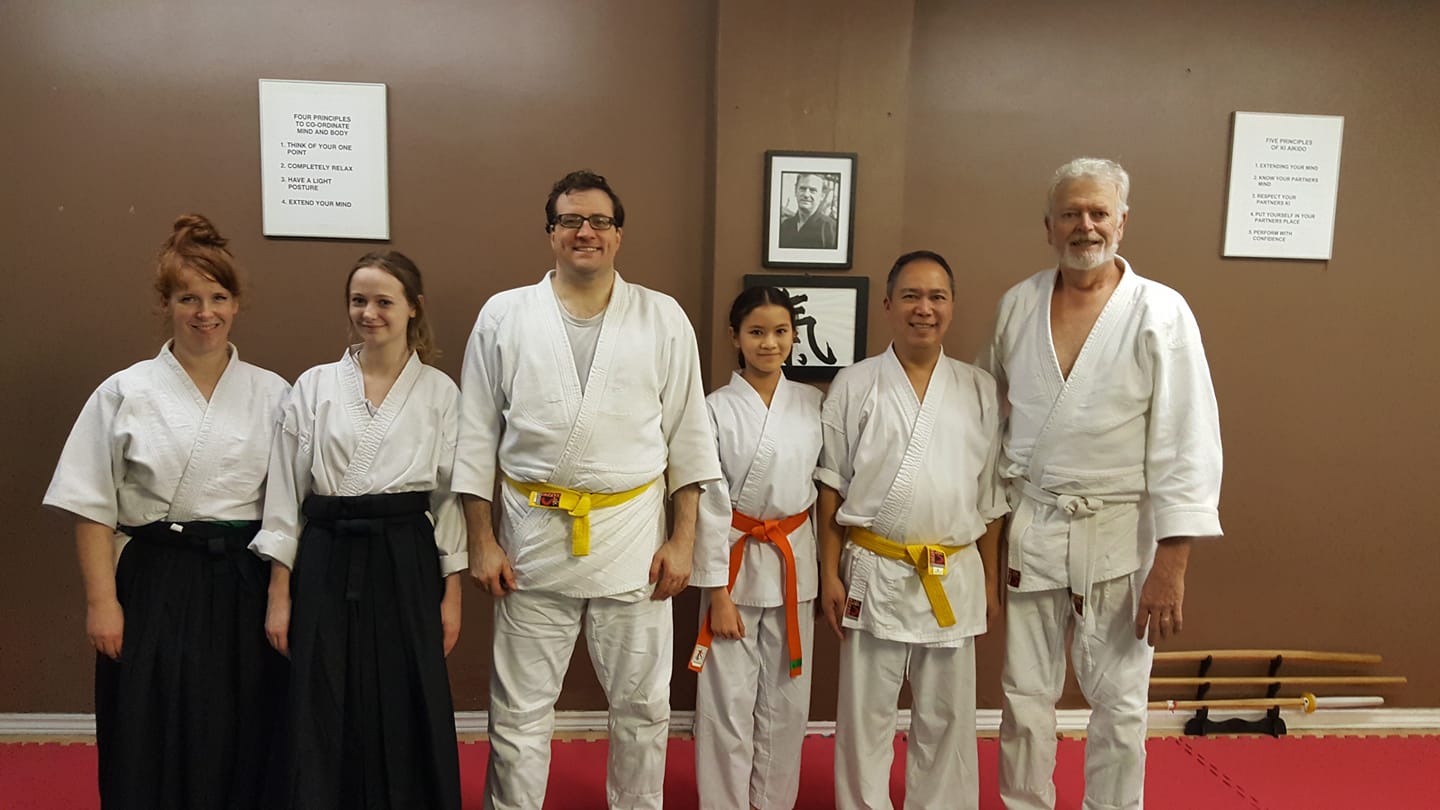 “There is only one thing that makes a dream impossible to achieve: the fear of failure.”
― Paulo Coelho, The Alchemist

Any journey in life starts with an objective. Such objectives are sometimes a materialization of our dreams. Dreams to better ourselves, or to try things that are not at our immediate reach or departing from one’s sphere of comfort. This is something that we view with apprehension and sometimes with fear.

Now as the quote notes the “fear of failure” is most of the times what holds us back. But if you don’t try it, then you’ll definitely be missing on something potentially great.

This is in my opinion, how we all start with Ki Aikido – apprehensively trying something new, sometimes fearing failing to do a movement and frustration. Well at least this was my experience at the start.

But with time Ki Aikido becomes a part of our lives. Not only the classes and what we learn on the mat, but also what we take to the outside world. Sensei Narinder drives this point quite frequently. And there’s a good point in doing so. As we progress in our practise of Ki Aikido we gain confidence, and we start to look at the world through a different lense. And with the confidence gained in our practise we also feel overwhelmed to what is still “out there” to be learned.

But it is a journey. A long journey. No need to rush.

As we move along our journey we make new friends in our Club and in our Federation. The good part I’ve found in the practise of Ki Aikido is the shear good feeling to share our moments as a group. The good moments and the not so good days. There is support when you need it and you support when someone else needs it.

Now back to the journey. As a Club we are very proud this week to be able to celebrate with Sensei Narinder another stepping stone in his journey. Sensei Narinder was awarded his 4th dan in the February group course in the Federation Headquarters. From all the students we want to Congratulate him for this achievement and at the same time thank him for his time to show us a path for our own personal journeys.

Below are some pictures from our club celebrating this milestone. 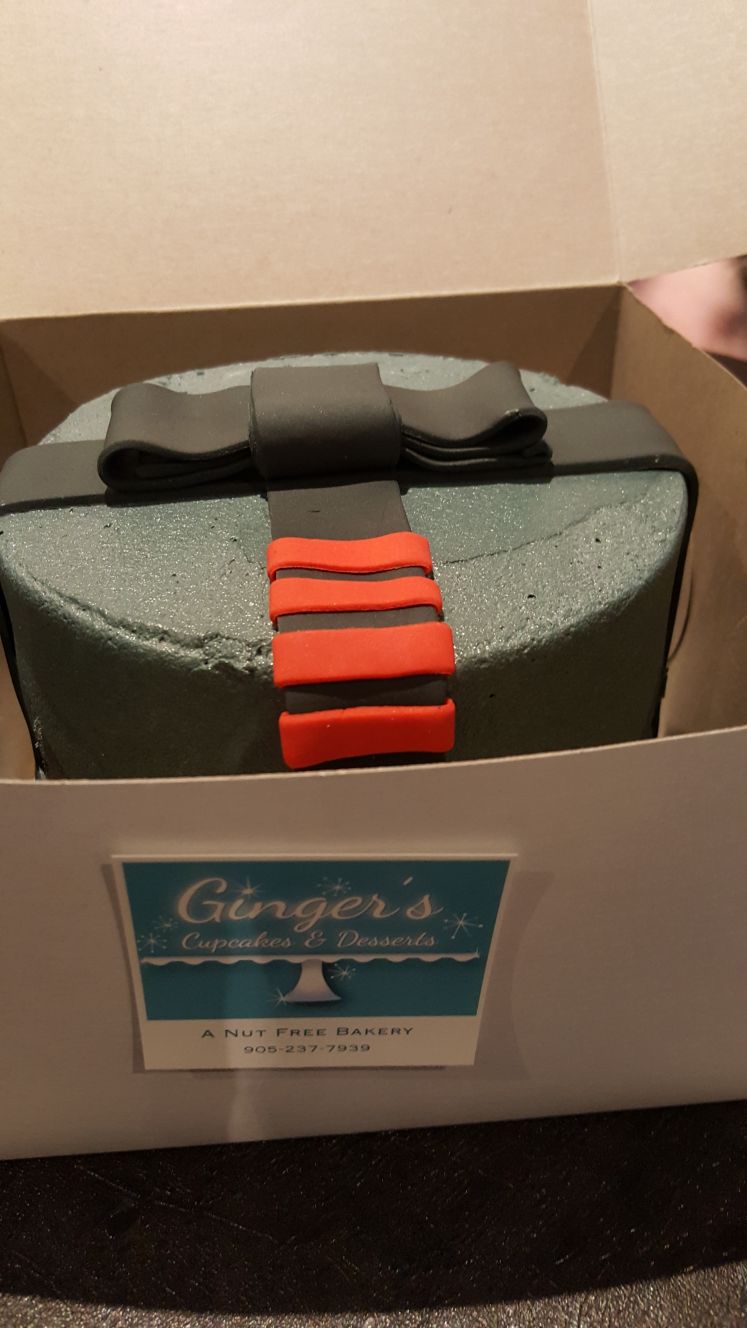 Every celebration needs a cake! 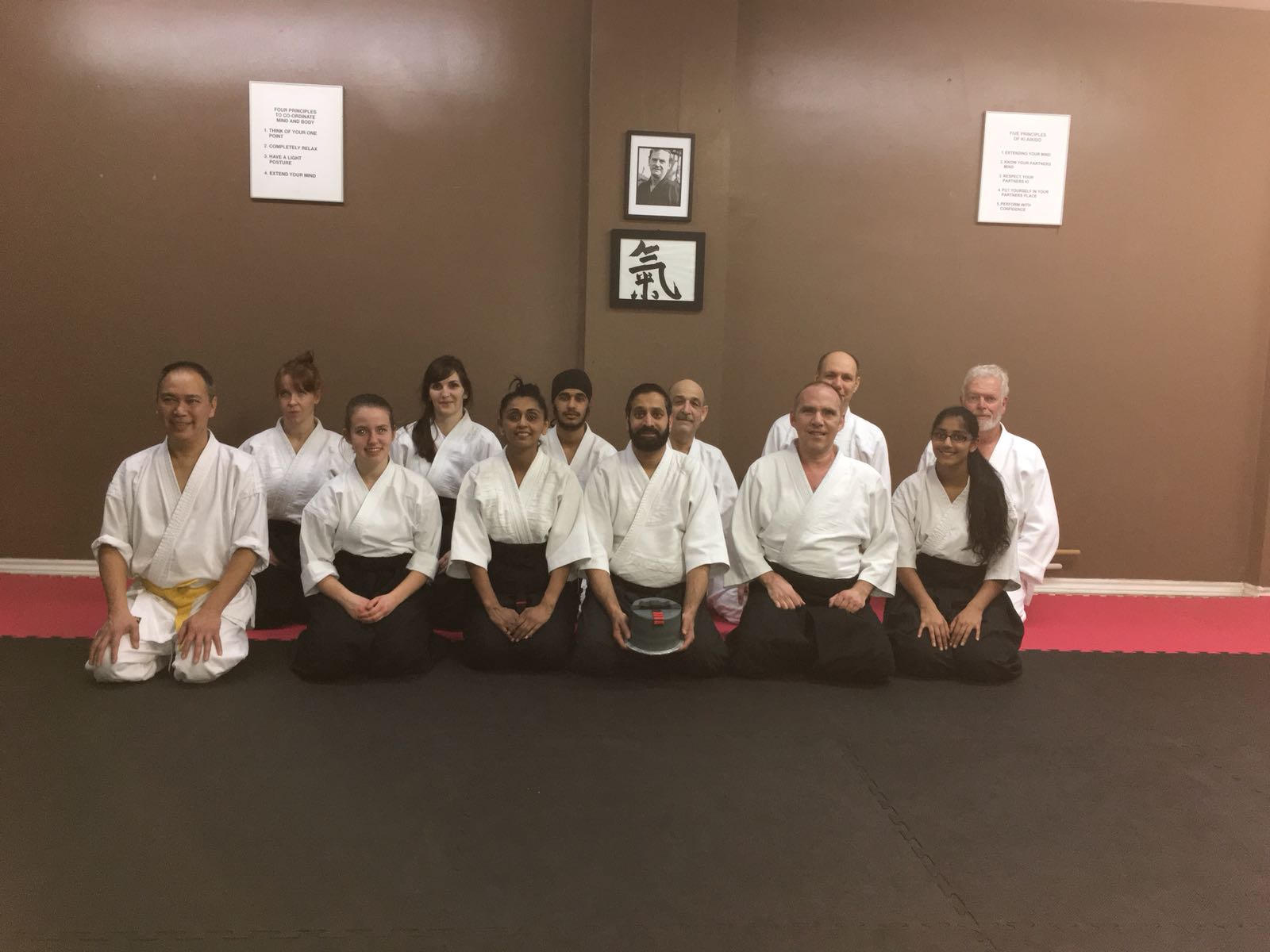 After a good practise we needed the energy back…

2017 was an amazing year for the Richmond Hill Ki Aikido Club.

In review we had a May seminar with Sensei Ian Aitkenhead (8th Dan) and what a seminar that was. 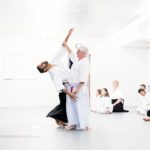 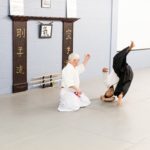 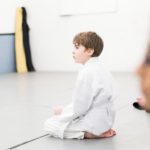 In August some (a total of 14) of the Club students went to England to Somerset where the Ki Federation Headquarters is located for a week of Ki Aikido, fun times and companionship. Several of our students went for grading (Kyu and Dan Grades).

Here are some of the students thoughts on their experience of practicing a week of aikido at the headquarters dojo:

“In all my years in education, I have never sensed more direct improvement in my learning from the beginning of a two-hour instruction to its end – that goes for all of the morning sessions. Being able to grade in this collegial environment, with so many engaging higher grades, was special.”……(Alex)

“This was the first Ki Aikido Summer School I’ve attended, the experience was new but in a way it felt like a very familiar place and experience to have. The common ground that has brought the diverse group of participants made it very easy to relate to the struggles I have in my personal growth. The guidance provided by all the teachers during practise was in itself an amazing experience. I hope to repeat the experience sooner than later.”……..(Alfredo)

“Focusing a whole week around Ki Aikido and the Somerset Ki Aikido Summer School was one of those defining moments of life. Having the great privilege of every day learning from knowledgeable Teachers, rethinking basic movements should be overwhelming and in a sense it is; but the underlying teaching that you almost absorb without wanting to is that it is ok to be overwhelmed with information and doubts sometimes, the path you follow afterwards is the one that will eventually reveal and strengthen your Ki Aikido. I am very grateful for this week of learning, for the fun moments at the Socials and for all the people who shared this experience with me.”…… (Cecilia) 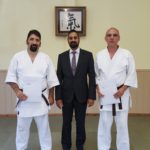 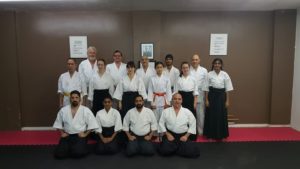 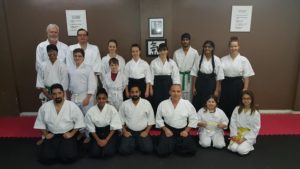 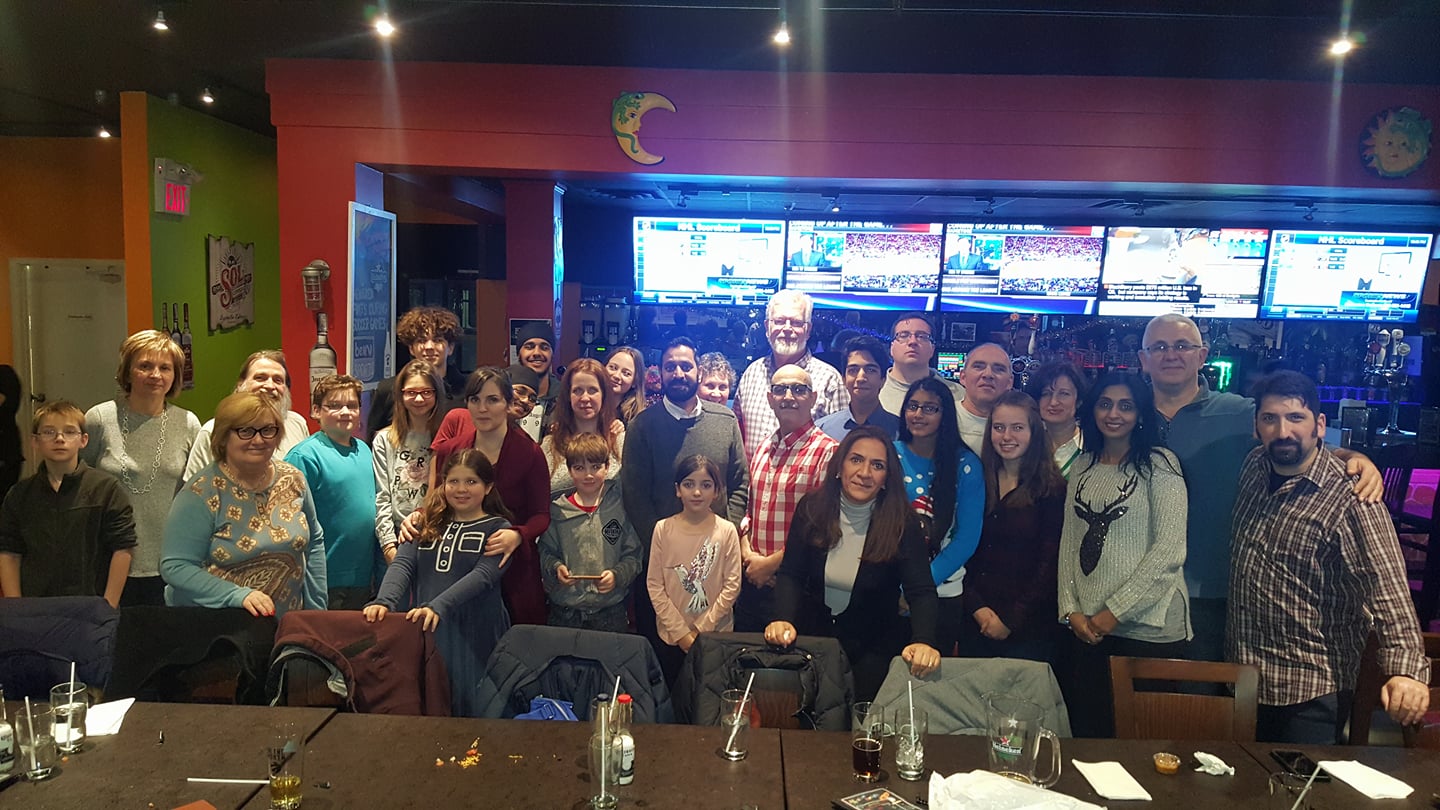 During the summer of 2017 several members from our club went to Somerset (U.K.) to attend the summer seminar at the Ki Federation Headquarters.

The trip was a time of fun, bonding and well goes without saying Ki Aikido.

Here are some of the moments captured in Pictures: 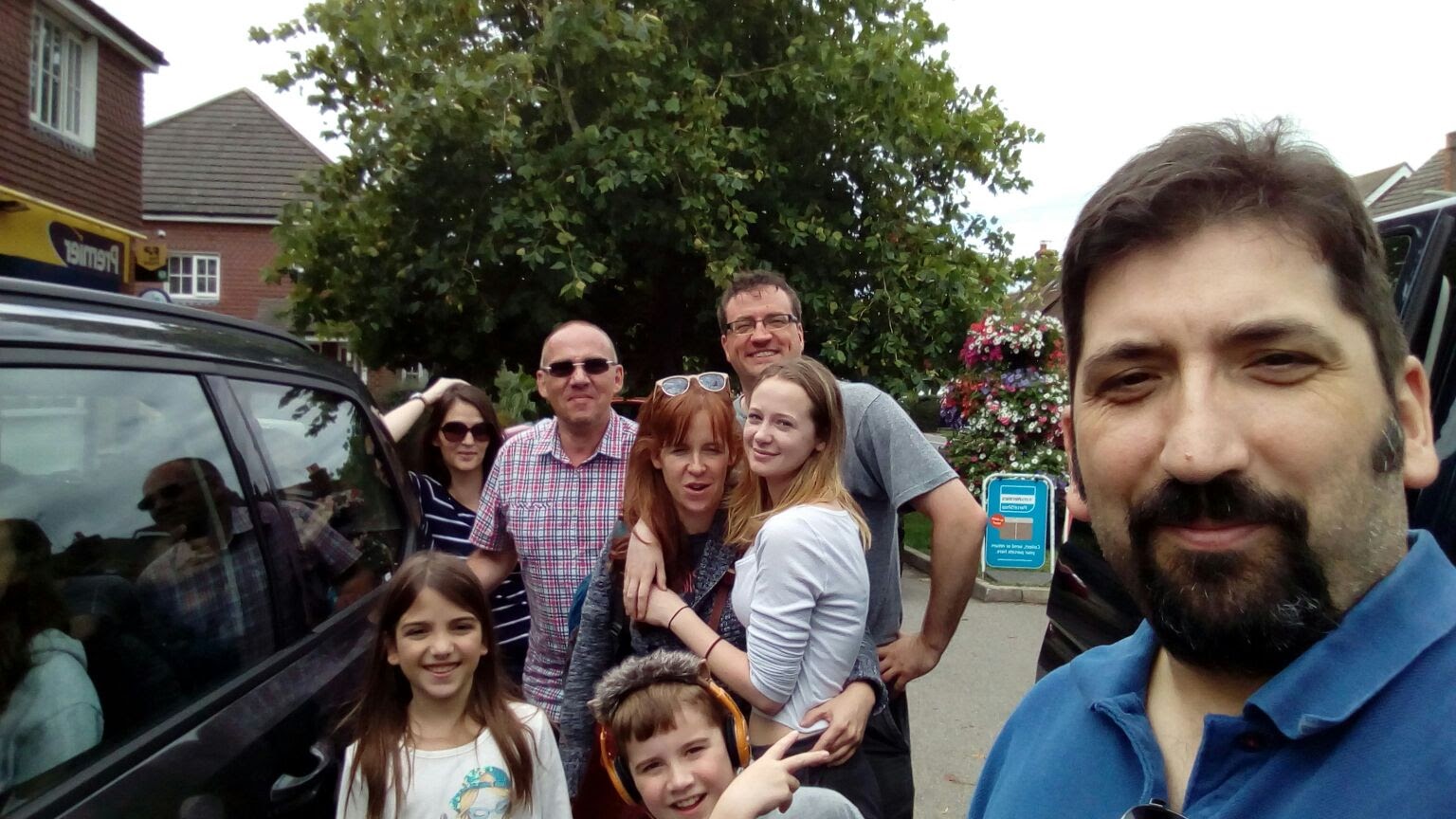 And two of those are from our Club…

Here are some pictures from the 2014 Toronto course given by Sensei O’Connell. 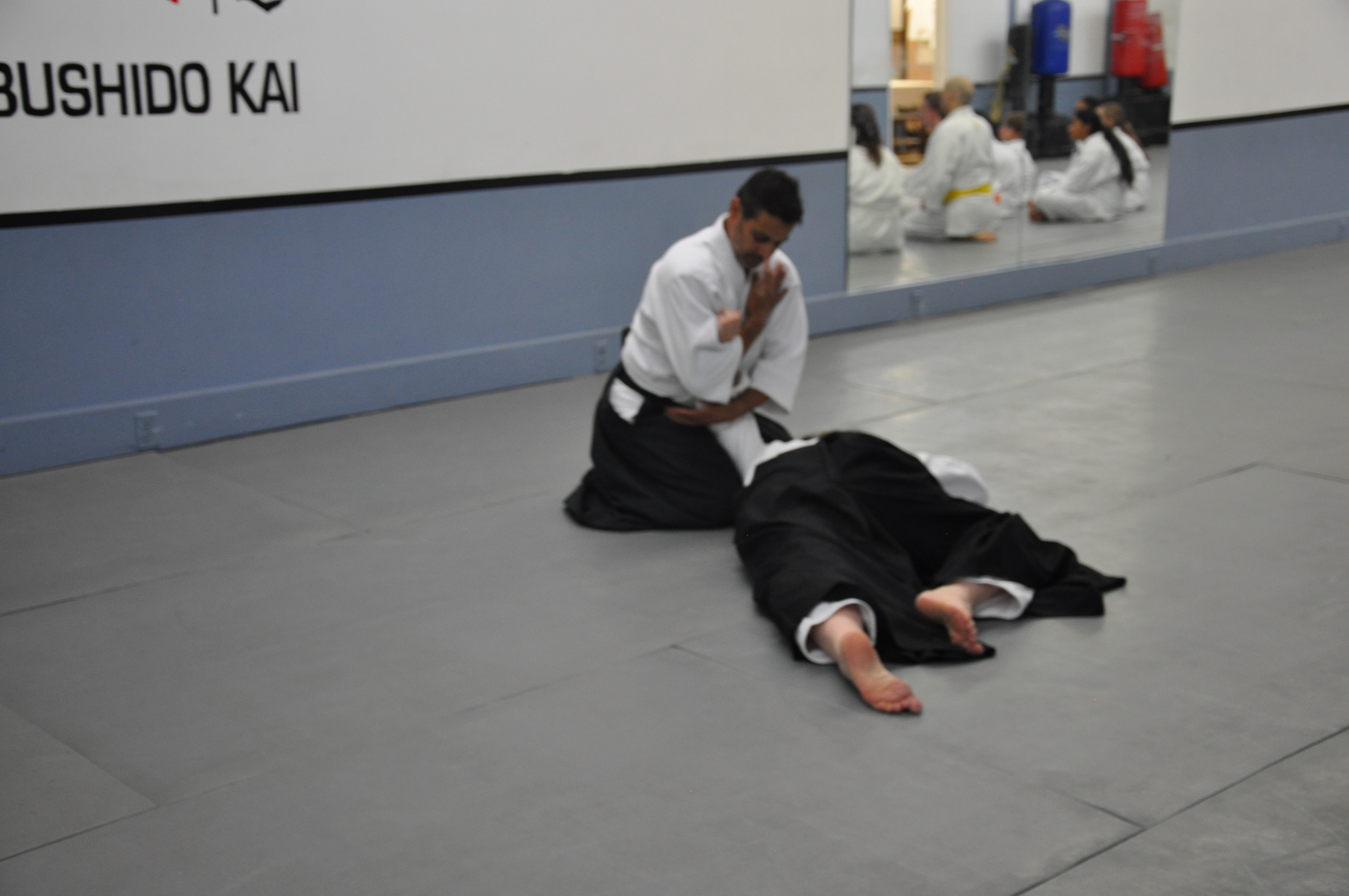 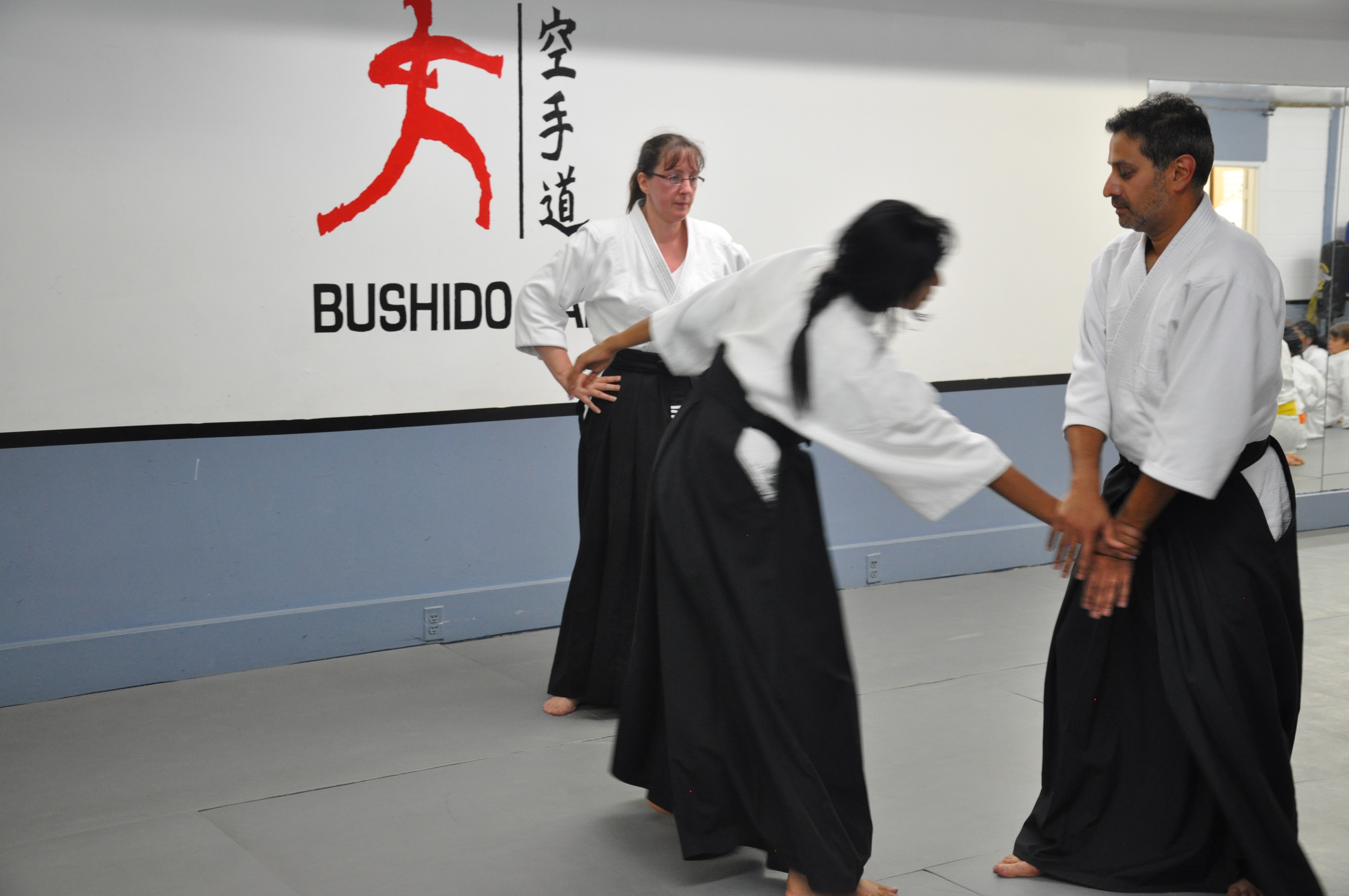 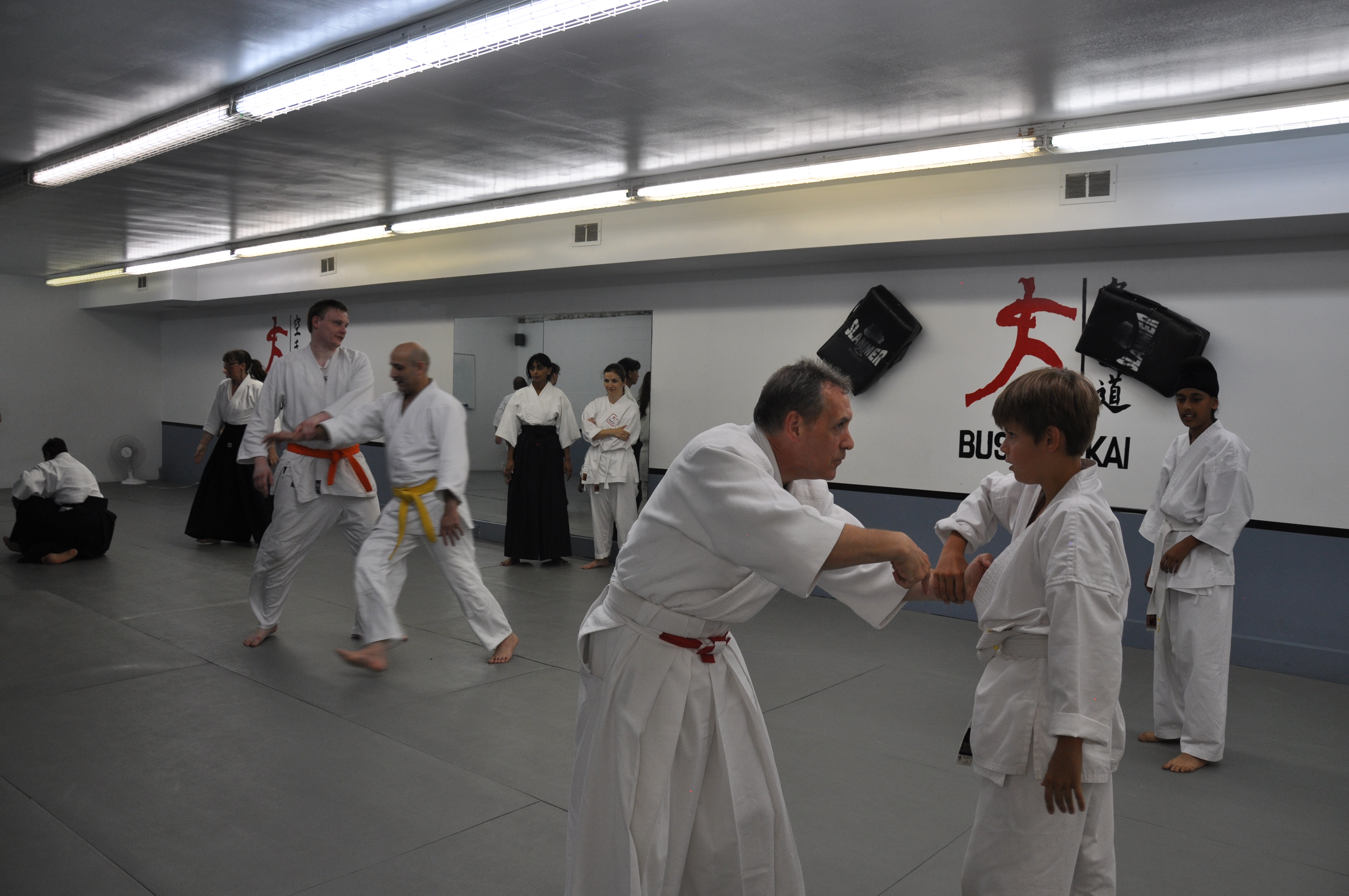 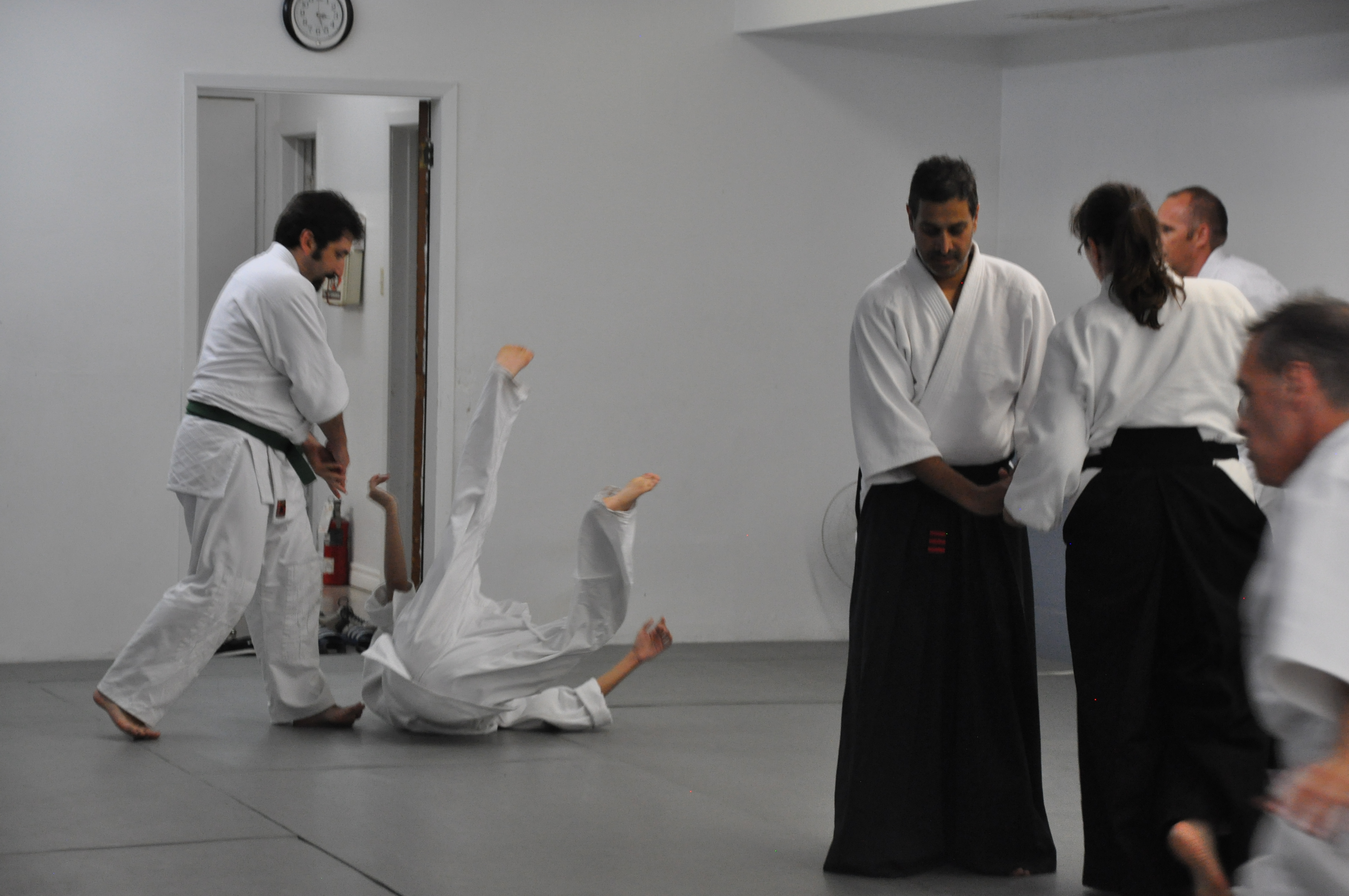 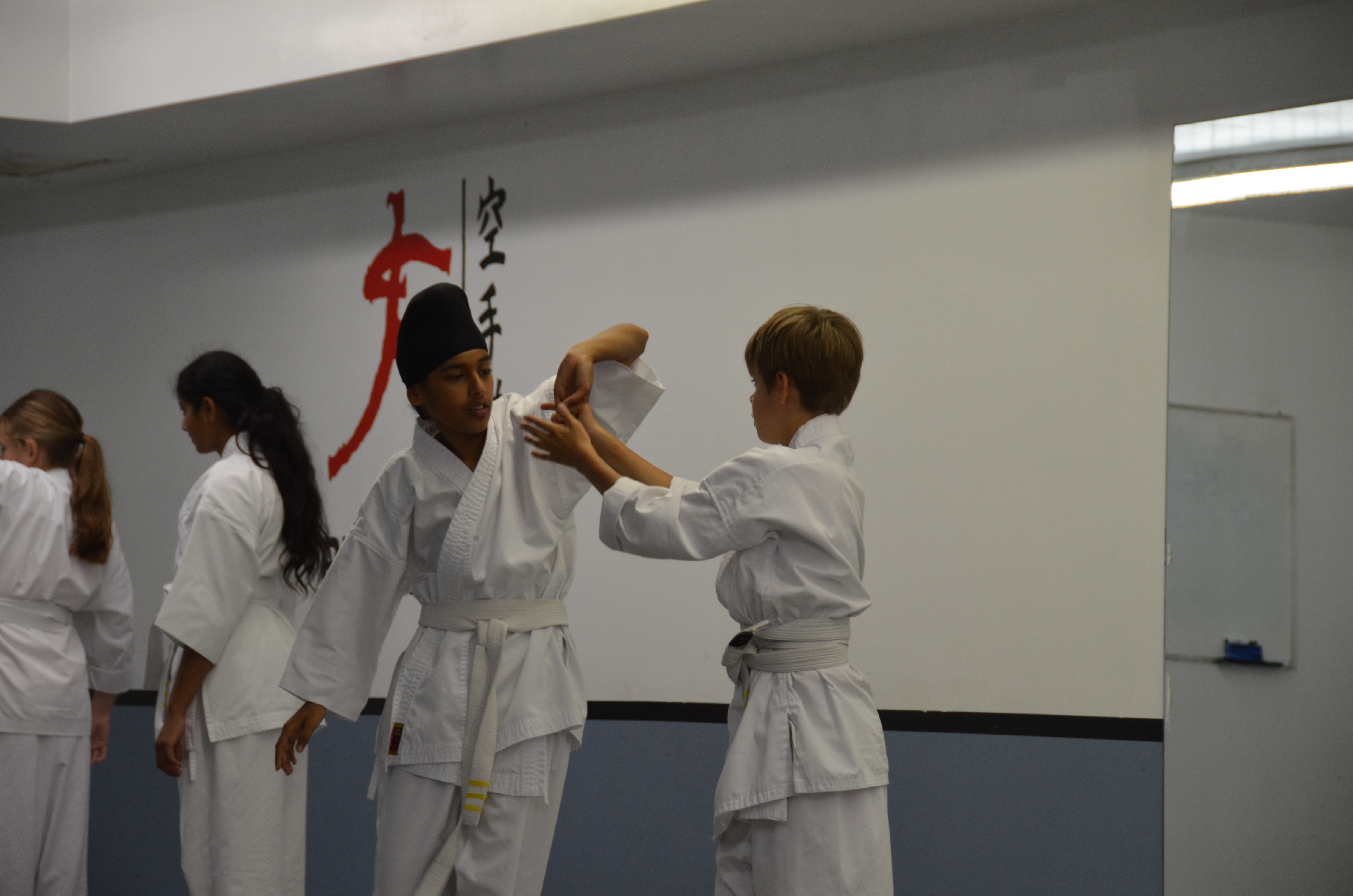 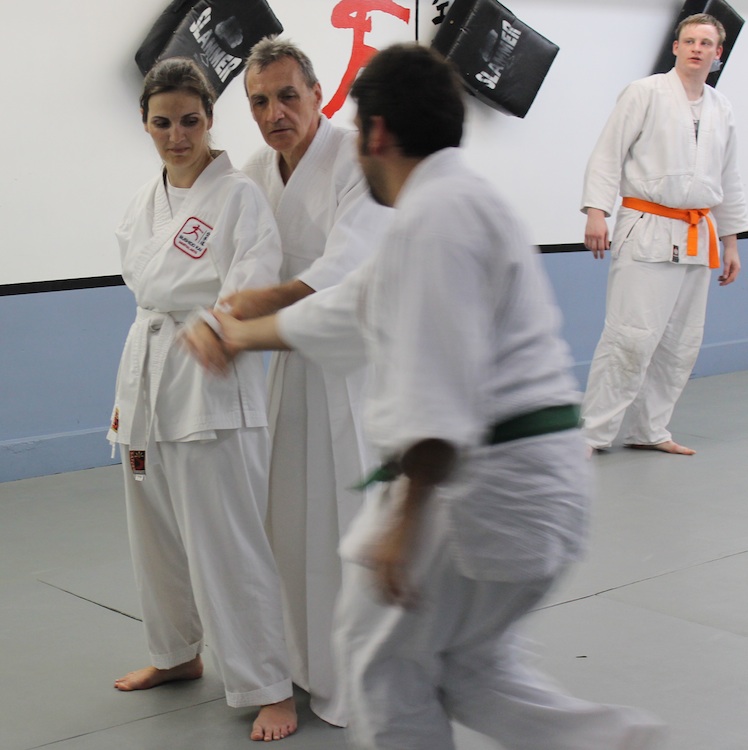 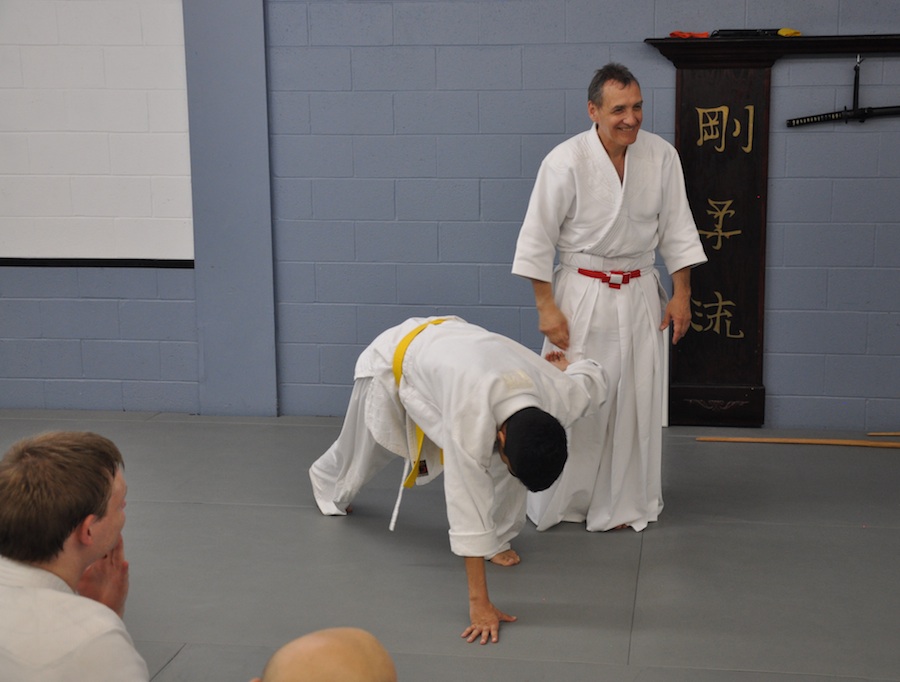 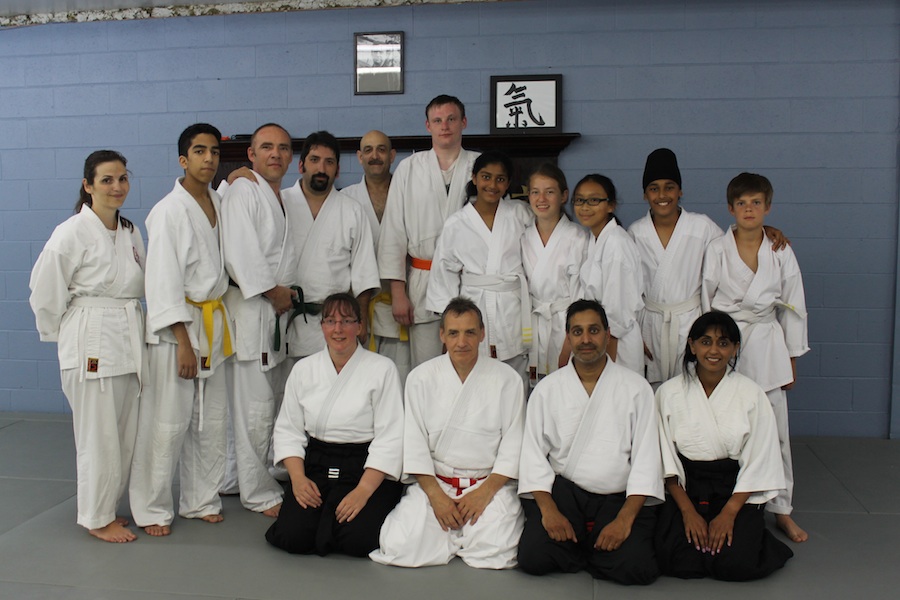 We had the pleasure to host Sensei Ian Aitkenhead (8th Dan) to teaching the Toronto Course. It was an amazing and memorable experience. We had friends from the Clubs in Ontario (Richmond Hill, Hamilton and London) as well some welcomed guests from England.

Here are some photos…